Vibes is choreographic and audio collective performance. It allows participants to meet and share a moment of dancing, a bit like a Flash Mob, in a given place – a park for example - or in different cities or countries at the same time. Equipped with headphones, the dancers improvise together their dance through the audio-guidance of a choreographer. The application also allows them to co-create music according to their movements and trajectories in space.

Our goal is to make dance accessible to all to bring together a diverse audience. Allow people who are physically distant or alone to connect to a moment of shared dance and co-created music, abolishing borders thanks to mobile technologies. To be able to live together an ephemeral moment of harmony of bodies, wherever you are, and create a feeling of belonging despite the distances.

Participants are greeted by the voice of the choreographer. After a phase of relaxation and release, the voice stimulates a circulation of energy in the body, music accompanies the movements. participants gradually enter the same pulsation until climax. Now the body has emancipated, it has mutated, it is ready to open its perception to others.The rhythm calms down.Gradually, the space is reduced between the dancers who come into contact. The hand comes into action, it scans nearby bodies. Everyone is ready for the meeting. 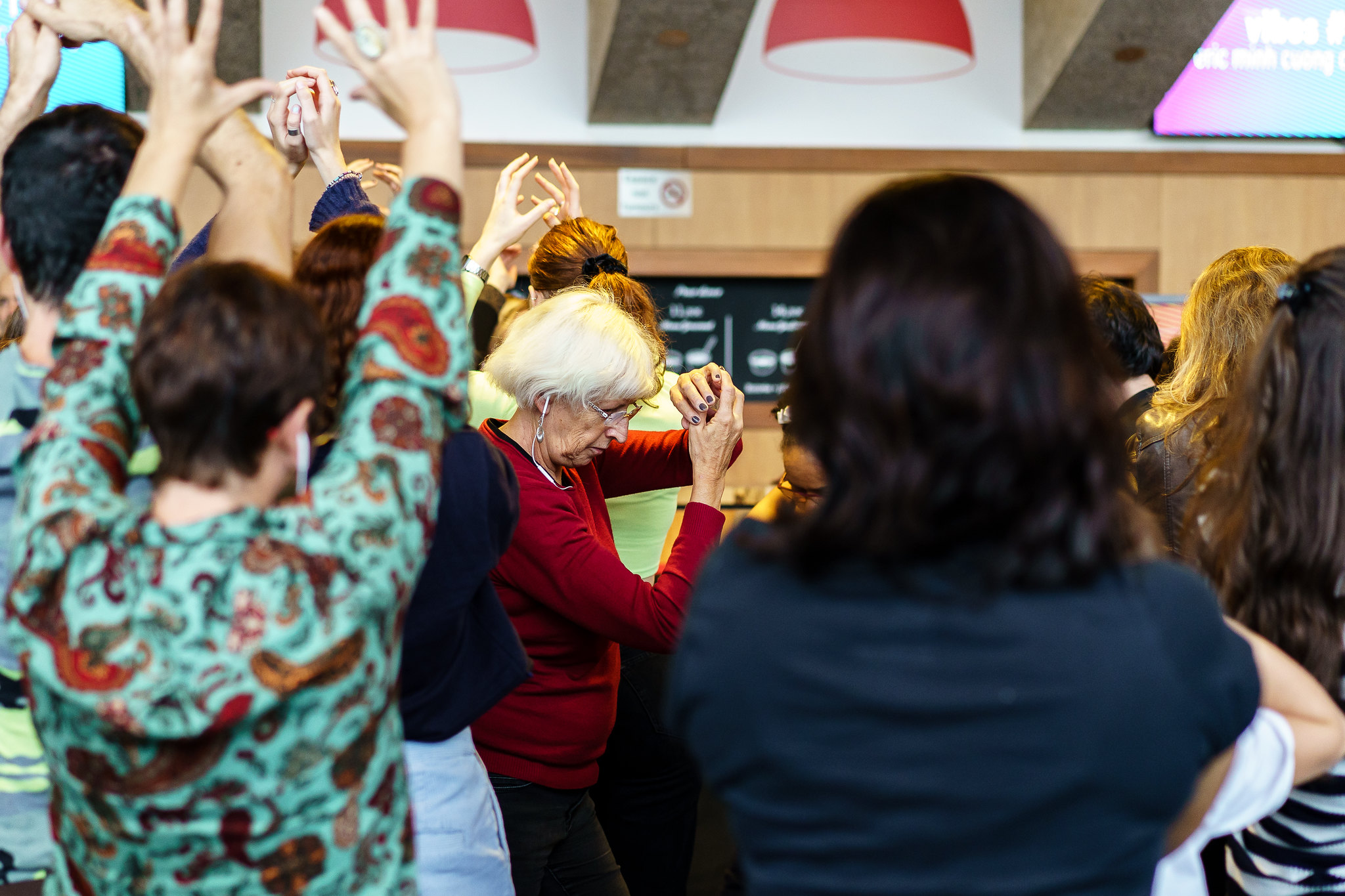 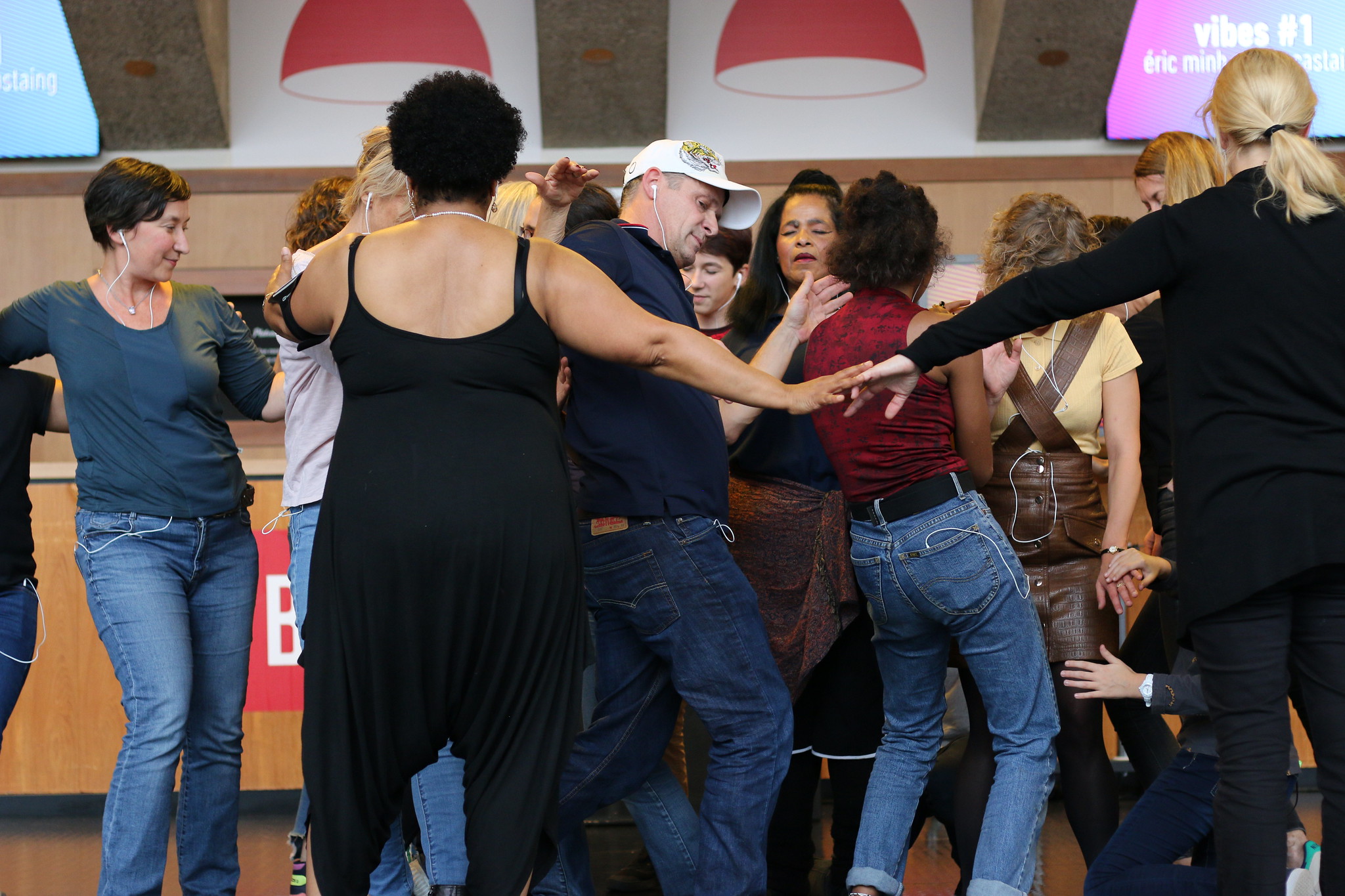 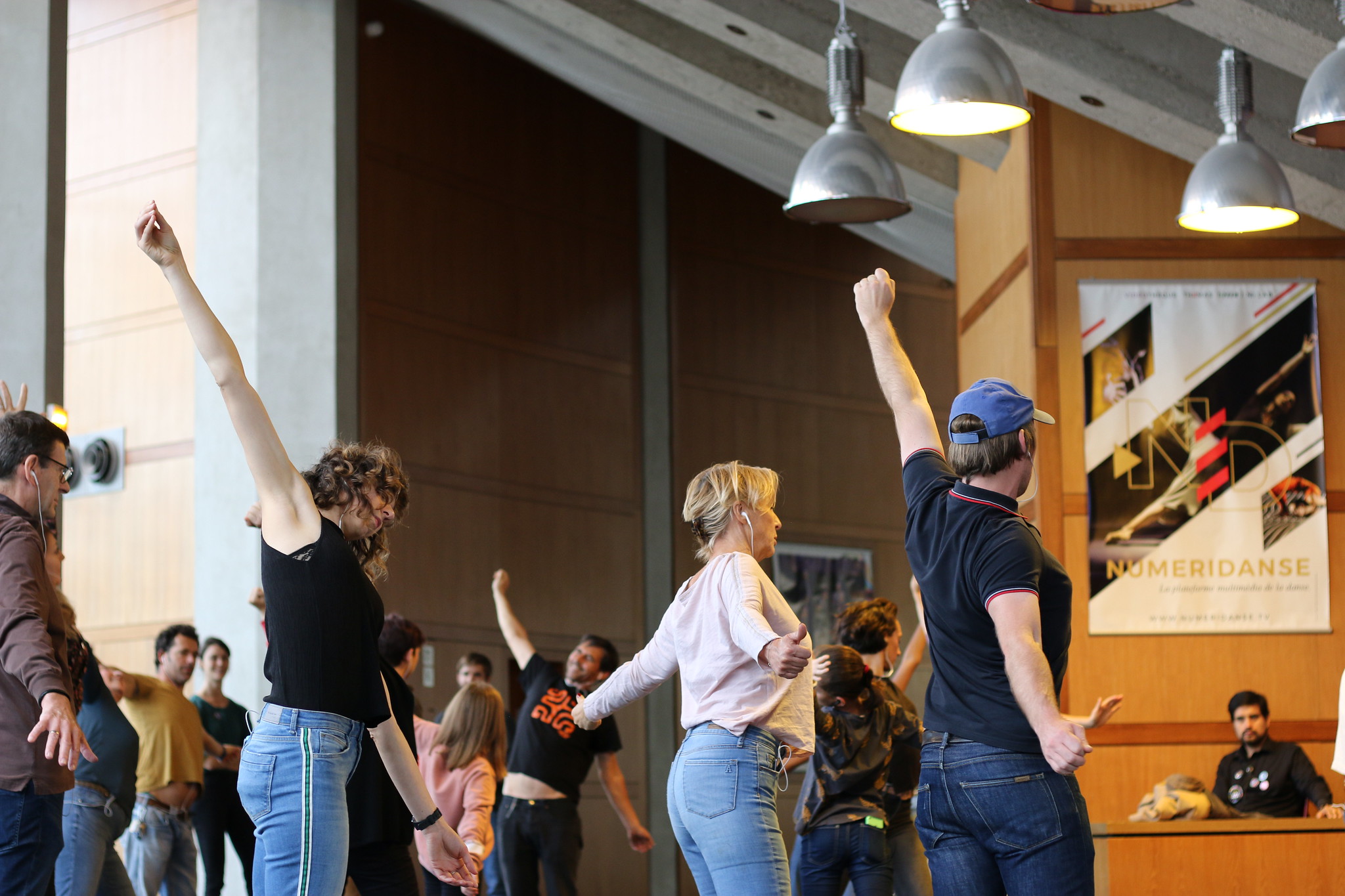 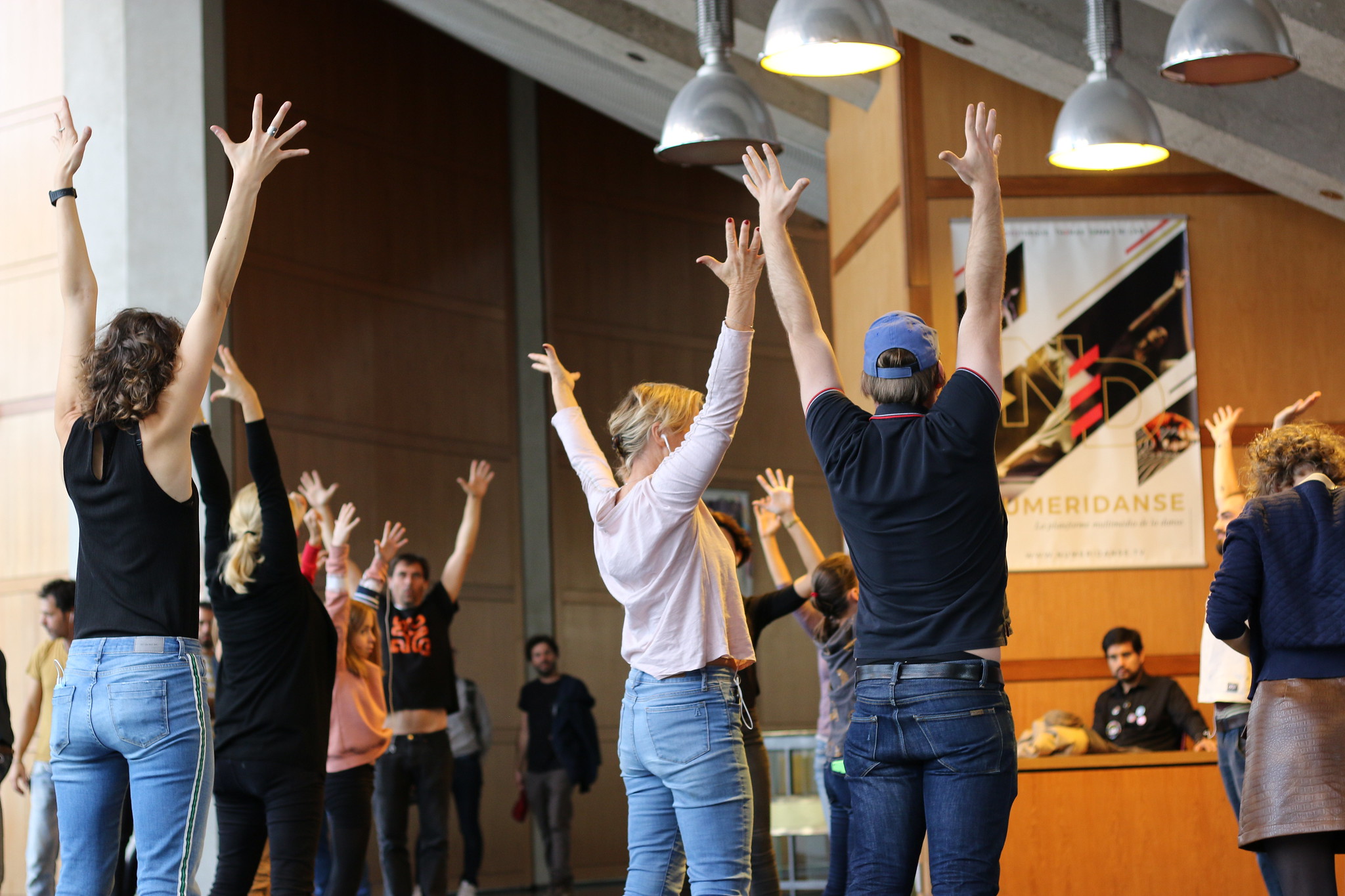 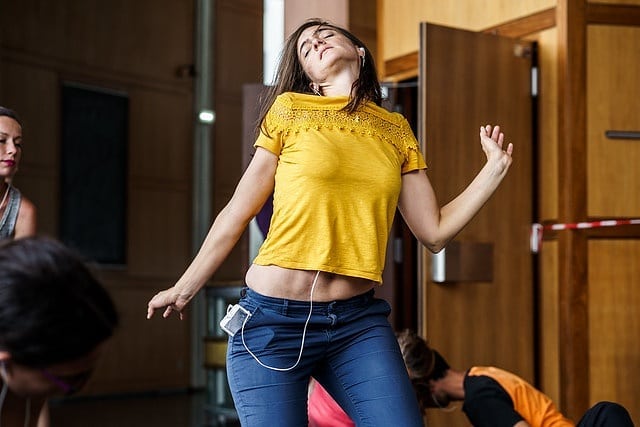 After a training phase, the participants experience the basics of Krump: capture the energy of the ground by tapping it with the stomp, project the energy around you with the chest-press, capture and project energy balls with the arm swing. The ritual takes place in the third phase. Each participant is invested with a role: the soloist performs a performance under the encouragement of the hypers who accompany him with the gesture or the voice. Collective energy rises step by step to a climax. The music installs a pulsation which animates all the dancers. Like an arcade video game, the actions are performed in tempo. Sound entities gravitate around the dancers who change their direction to follow them, then catch and throw those entities away. Spatialized sound techniques contribute to the development of this playful dimension and to immersion. 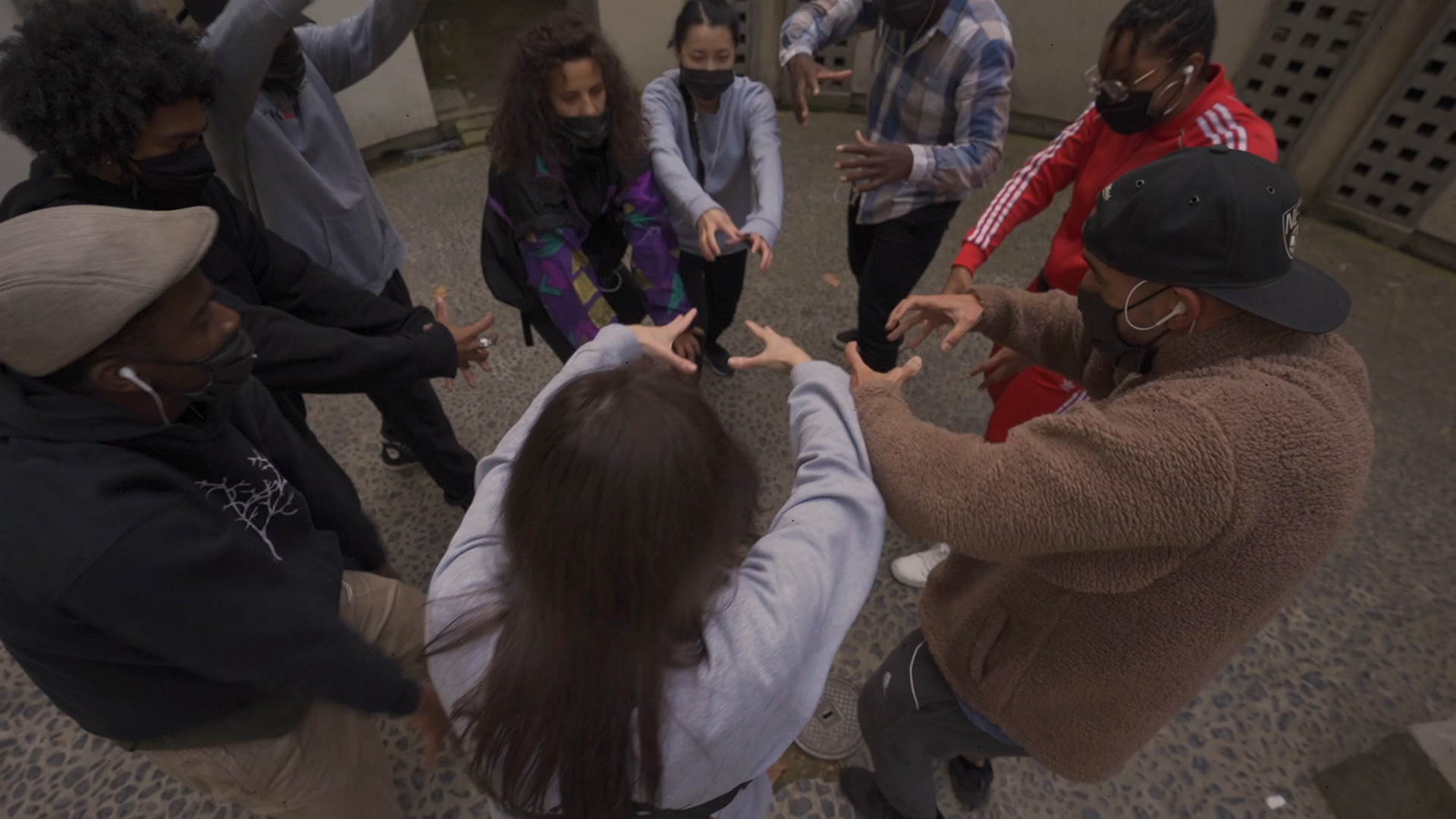 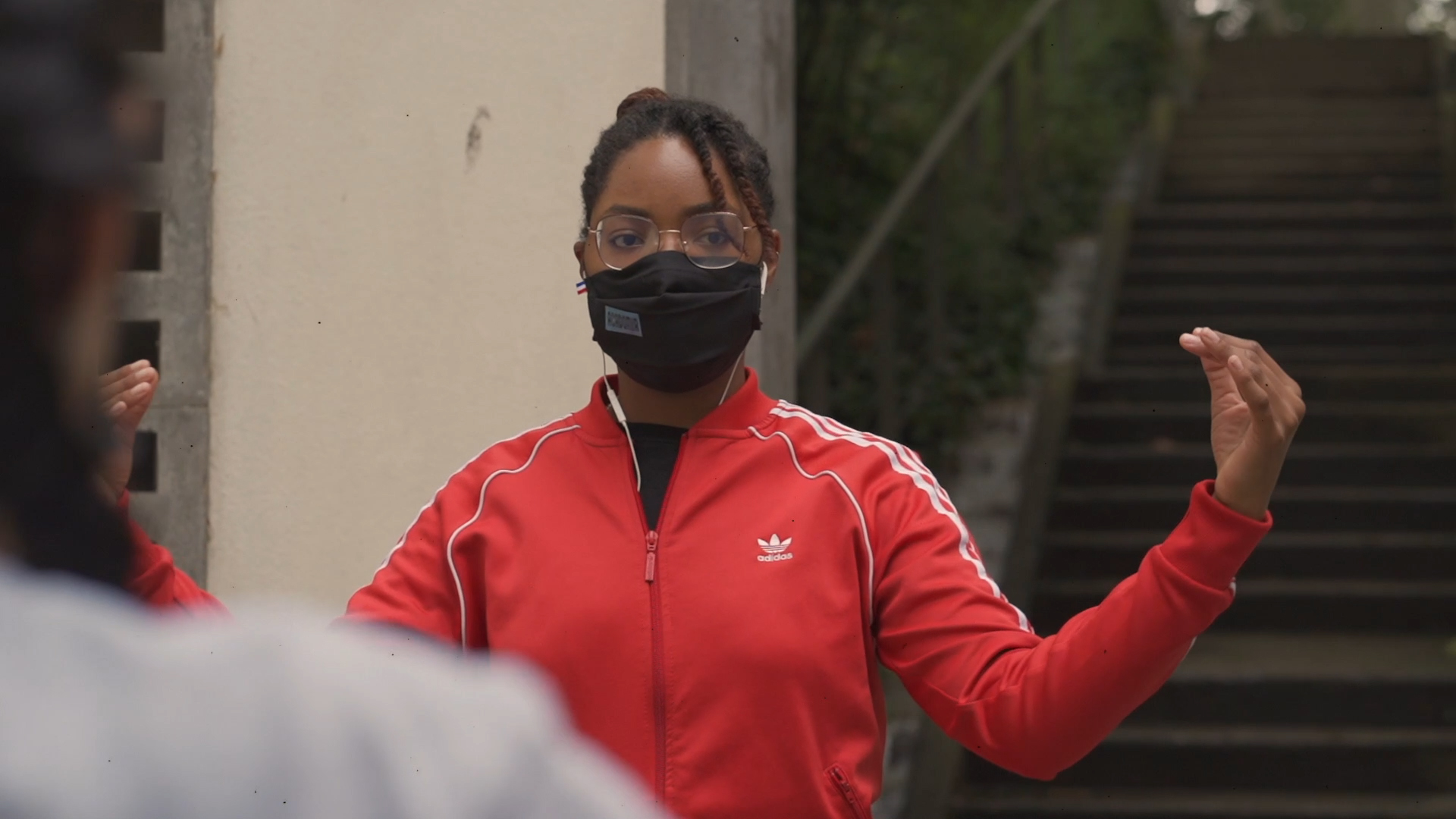 A first phase of training installs the participant in a state of receptivity and makes him concentrate on his internal state. The experience begins with the roll of the Japanese drum, the Taiko. Its vibrations are propagated in the city and resonate with its architecture, its flows. This vibration, imprint of the place from which it emanates, animates each body, carries it in a pulsation first individual and then common. The dancer in motion begins a danced dialogue with the place, its lines and its shapes. He goes in search of the materials that constitute him to incorporate them and blend into this environment that comes to life around him. Gradually he connects with other participants, in pairs, then 4, 8. The groupings increase the intensity of the vibration. From the intimacy of individuality to common paths and collective belonging. The energy gradually rises and the music envelops the participants to the point of fusion. Then the dancers separate, find their way, imbued with this common vibration. Three key words to describe this performance: Vibrations, movement, environment. 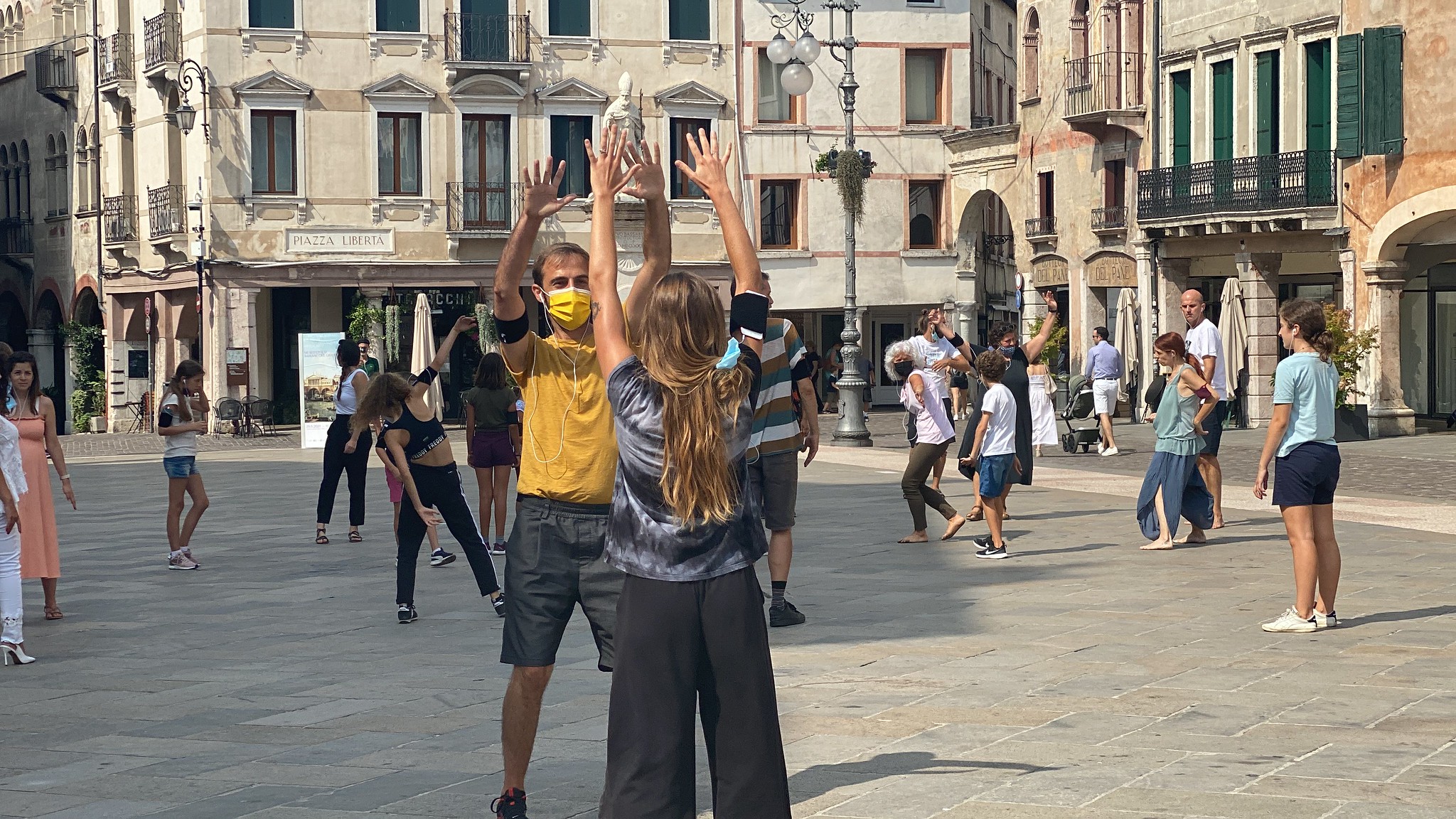 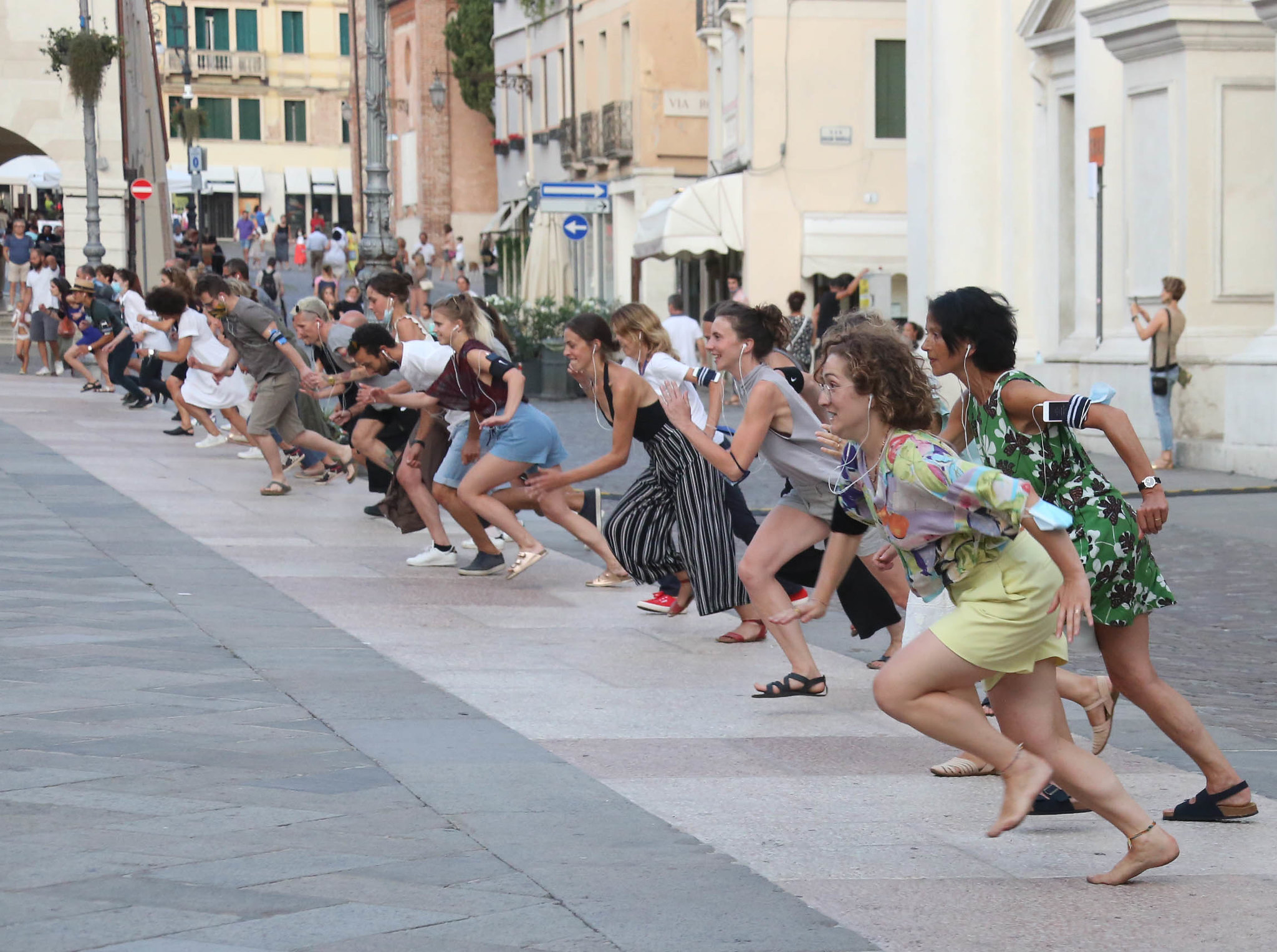 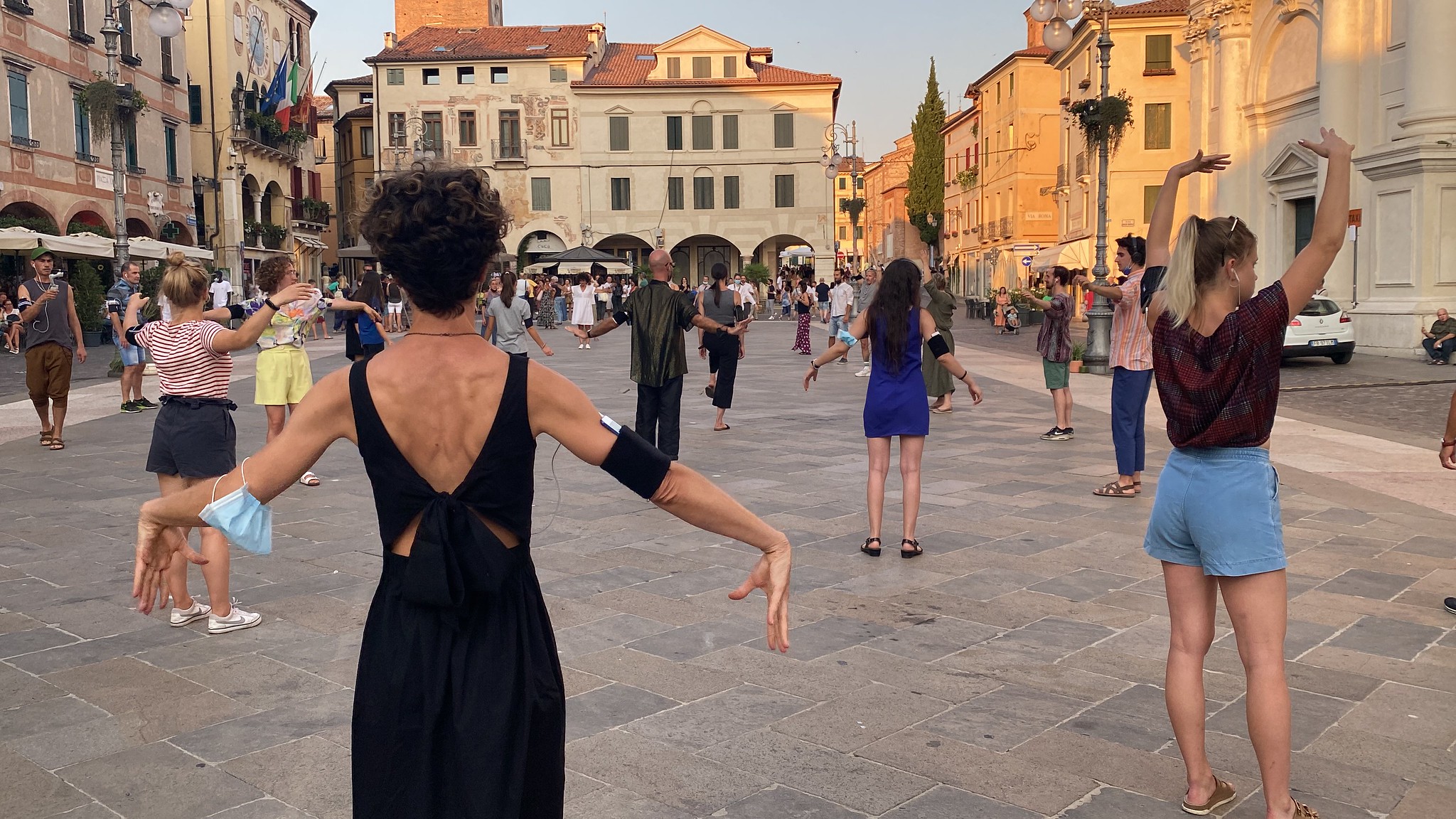 Vibes #4 is a choreographed sonic interactive gaming experience in the imagination of the player: through the soundscape, and guided by the voice of Mujō, the player will go through a labyrinth filled with sonic obstacles, having to use their body to progress through the game and exit the labyrinth. To pass the obstacles, the player will receive specific information on how to move and how to project their energy. Their mobility is tracked by the phone, which detects whether they are following the instructions or not. The physicality and creativity of the participants will be stimulated through the sonic landscape. By responding to (and interacting with) the sound, as well as by generating sound with their movement, new kinetic and relational possibilities will start emerging. The game intentionally avoids negative feedback, instead focusing on encouraging the player to keep trying. It aims to instill a sense of immersive-ness, a way to re-imagining the real world via sound and physicality, promoting a sense of community with the other players through the dramaturgical progression of the tasks. Mujō is designed to be accessible to everyone, regardless of their dance experience. Our aim is to make dance accessible to a wide arrange of participants, to instill the joy of the communion of movement, sound and intuitive creativity.