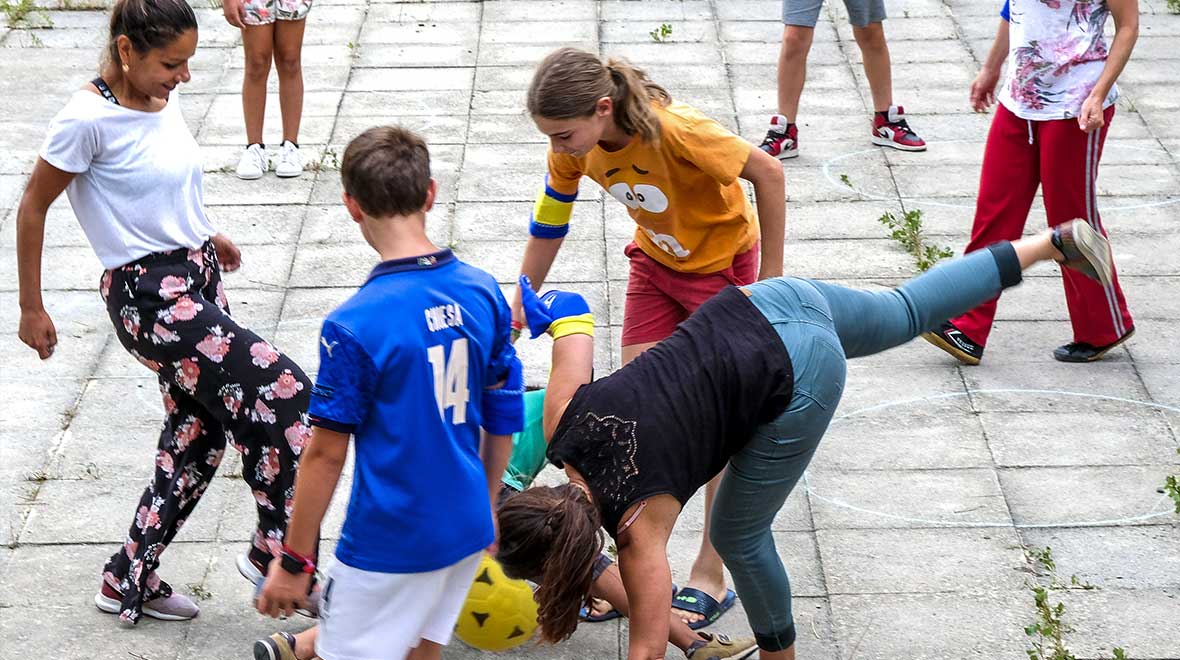 The purpose of Les Nouveaux Stades is to encourage the reappropriation of public space by the inhabitants of a neighborhood, particularly by young girls, through the invention of new playful and inclusive rituals.

The collective takes over a neighborhood for a series of workshops involving sportsmen and amateur dancers, makers and sound creators, freestylers and inhabitants. At the end of this process: the creation of a team with its colors, its style, its choreography. The performance transforms the street into a stage: urban furniture, vehicles and mobile devices combine to invent a new ephemeral stadium. In the colors of the team, the inhabitants participate in the performance under the guidance of an MC. They make the musical mix evolve by relaying a ball full of sensors and by broadcasting sounds with their mobiles.